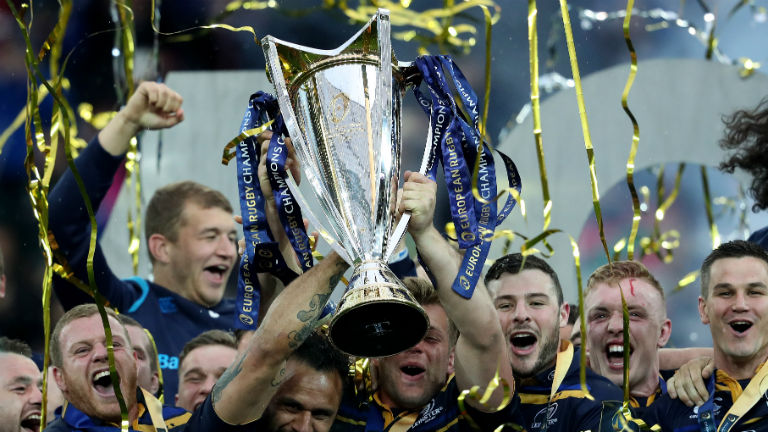 Spark is announcing today it has secured the exclusive rights to broadcast the Heineken Champions Cup rugby for four years from the current 2018/19 season through to 2021/22. This prestigious competition adds to Spark’s growing sports line-up, which so far includes Premier League for three years from August 2019, Rugby World Cup 2019 and the Women’s Rugby World Cup 2021.

Spark’s partner TVNZ will show two Heineken Champions Cup games a week free-to-air via TVNZ Duke on Saturday and Sunday mornings, from 13 October 2018 up until Spark’s sport platform launches (scheduled for early 2019). From the launch of Spark’s platform, Spark will make all Heineken Champions Cup matches available live and on-demand via its sports streaming app - which will be available on a range of devices, including smart TVs. TVNZ will continue to show one game a week free-to-air on TVNZ Duke until the conclusion of the competition.

Spark Head of Sport, Jeff Latch, says the Heineken Champions Cup will give Kiwi rugby fans a taste of the talent pool playing for some of our great Northern Hemisphere foes, and we can also expect a few familiar Kiwi faces to feature in some matches.

“This competition is widely recognised as the “one to win” amongst European club rugby players, so the quality of play is impressive. And of course, as with any rugby competition across the world, the club teams will include a healthy sprinkling of Kiwis who have taken their talents to Europe – which gives it an added interest for New Zealand fans.”

TVNZ Director of Content, Cate Slater, says “TVNZ is excited to be partnering with Spark to give viewers more choice and control over how they watch compelling sports. We’re a nation of passionate rugby fans and the Heineken Champions Cup is definitely a sporting moment that matters to many New Zealanders.”

Latch says the timing of the games, which are played during the day or in the early evening UK-time, means a sports streaming service is the ideal way to watch them.

“The beauty of Spark’s sport streaming service is rugby fans can watch these games live if they choose, but they will also have the option of watching them at a more respectable hour on demand. When fans wake up in the morning, every game will be waiting for them in the app – and so you can play them at a time and in a place that suits you.”

Latch says Spark will have more content announcements in the coming weeks and is also close to announcing the name of its specialist sports streaming platform provider.

“We can’t wait to share more information with New Zealand sports fans – this really is just the beginning…” he says.

In securing these content rights, Spark has worked with RDA - which is the exclusive worldwide distributor of the Heineken Champions Cup and the European Rugby Challenge Cup.