Geography no longer a hurdle for NZ businesses 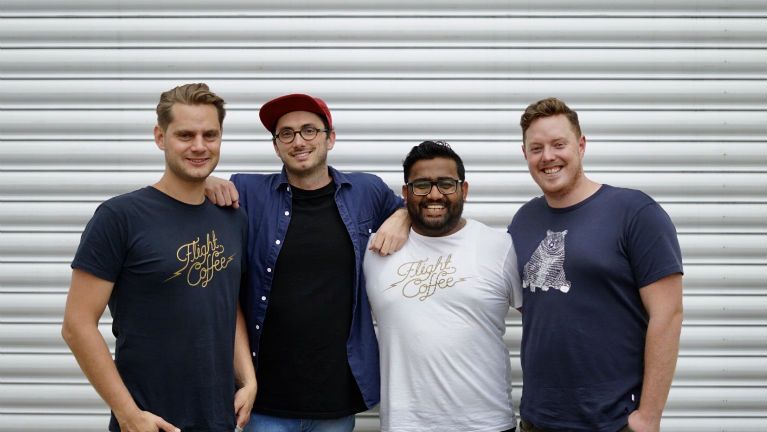 Thanks to technology, entrepreneurial Kiwis no longer have to overcome the tyranny of distance to reach world markets.

When the friends launched Flight Coffee from a Hawke’s Bay garage in 2009, they quickly connected with international markets online.

“Facebook started gaining traction when I was eighteen, so we were early adopters of social. It helped us become part of a global community. It’s really easy to keeprelationships going on social and to reach out to people as a brand,” says Clark.

Engaging in this global community helped the team see where their coffee was coming from. It also alerted them to social and economic issues unfairly impacting groups further back in the supply chain.  Keen to do something about it, Graylee headed overseas to work in coffee-producing countries. Off the back of this, the team set up a green bean exporting, importing, and consulting company called Raw Material and then recently, a farm in Colombia called El Fenix.

While the farm is in South America, Raw Material operates largely in the digital world. As Clark describes it, “We don’t have a base for operations per se, right now we have team members in five different countries.”

“We manage the supply chain between the five of us and one of our partners, Miguel, who lives in Colombia. Coffee is exported to the UK, Australia, Dubai and New Zealand.”

The online world which helped lead the team to overseas business opportunities also enables them to function as a unit, despite Graylee living permanently overseas, Clark based in Auckland and the others often in and out of Wellington.

“We have meetings on Skype, manage projects via Slack, and we send voice messages through WhatsApp. We’ve got a rule that you can’t send anything longer than a minute.”

It’s a model that’s working for the team, who have placed in the Deloitte Fast 50 twice, expanded their reach into multiple coffee-producing countries and grown their teams significantly, both here in New Zealand and around the world.

“The way we run our business today would have been impossible fifteen years ago, I guess that’s the advantage we have now. If I were starting a business today, I’d set up a website before even thinking about a physical site.”

Despite this, Clark says there’s still a lot more they could do to maximise opportunities in the digital world.

“Right now, I can be on Skype to Colombia, on email to Australia, and processing online orders in New Zealand—all while walking my dog. But I’m excited about the potential for even more. We’re seeing sixty percent of Flight Coffee orders come from mobiles, so how do we create an even more effective online strategy?” he asks, “There’s just so much you could do. It’s limitless.”

Keen to understand more about using technology and online platforms to grow your business? Check out www.SparkLab.co.nz for helpful tips, videos, tools and courses.