HiveSafe wants to put an end to the honey black market 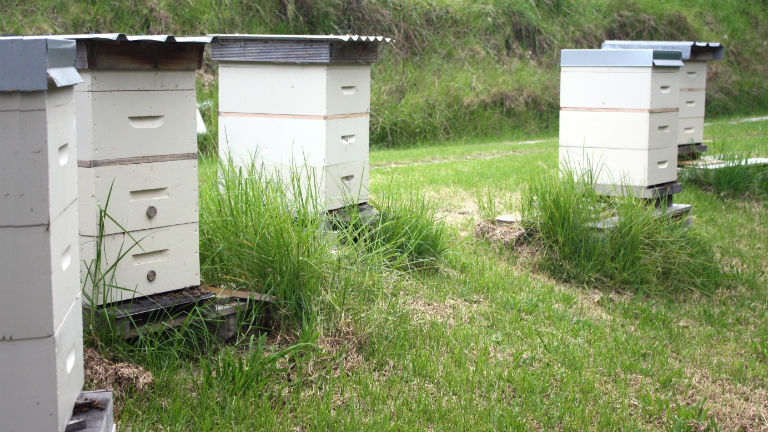 Spark recently switched on its new internet of things (IoT) network. Here’s how HiveSafe are using it to solve the sticky problem of beehive theft.

Recently the NZ herald reported that New Zealand’s honey industry is losing millions of dollars every year as organised thieves target hives – worth up to $1,000 a piece - in remote locations.

The New Zealand honey industry is famous for its high-quality product, and part of the reason our honey is so good is because we can put our hives in remote, wild locations. This presents something of a dilemma for beekeepers however, as it is sometimes days or even weeks before they realise a hive’s been stolen or tampered with.

It’s a problem that’s been hard to solve…until now. Kiwi start-up Hive Safe is using the ’internet of things’ to help beekeepers stay one step ahead of thieves.

Hive Safe is the brain child of founder-operators Aaron Pirini and Ed Railey, who have teamed up with IoT Ventures on a new system that tracks and traces beehives. Over Spark’s IoT network, HiveSafe can operate in areas that have little or no cellular coverage.

The system provides beekeepers with monitoring and tracking of each individual hive via a real-time view over a mobile app and web interface. As soon as a hive is moved, the IoT-enabled sensors send an alert to HiveSafe’s monitoring system, which then tracks the movement and eventual location of the hive.

Hive Safe is based in Northland, but services five large customers across the upper North Island. A single hive’s value can range from $500 to $1000, and the honey industry contributes an estimated $5 billion in to the New Zealand economy.

Pirini says Spark’s IoT network has given the company a competitive edge. “Because we’re tracking the hives over an Internet of Things network we can service areas where there is little or no cellular coverage - unlike our competitors who almost always need a mobile network.”

For more information on connecting your hives to the HiveSafe tech visit www.hivesafe.co.nz