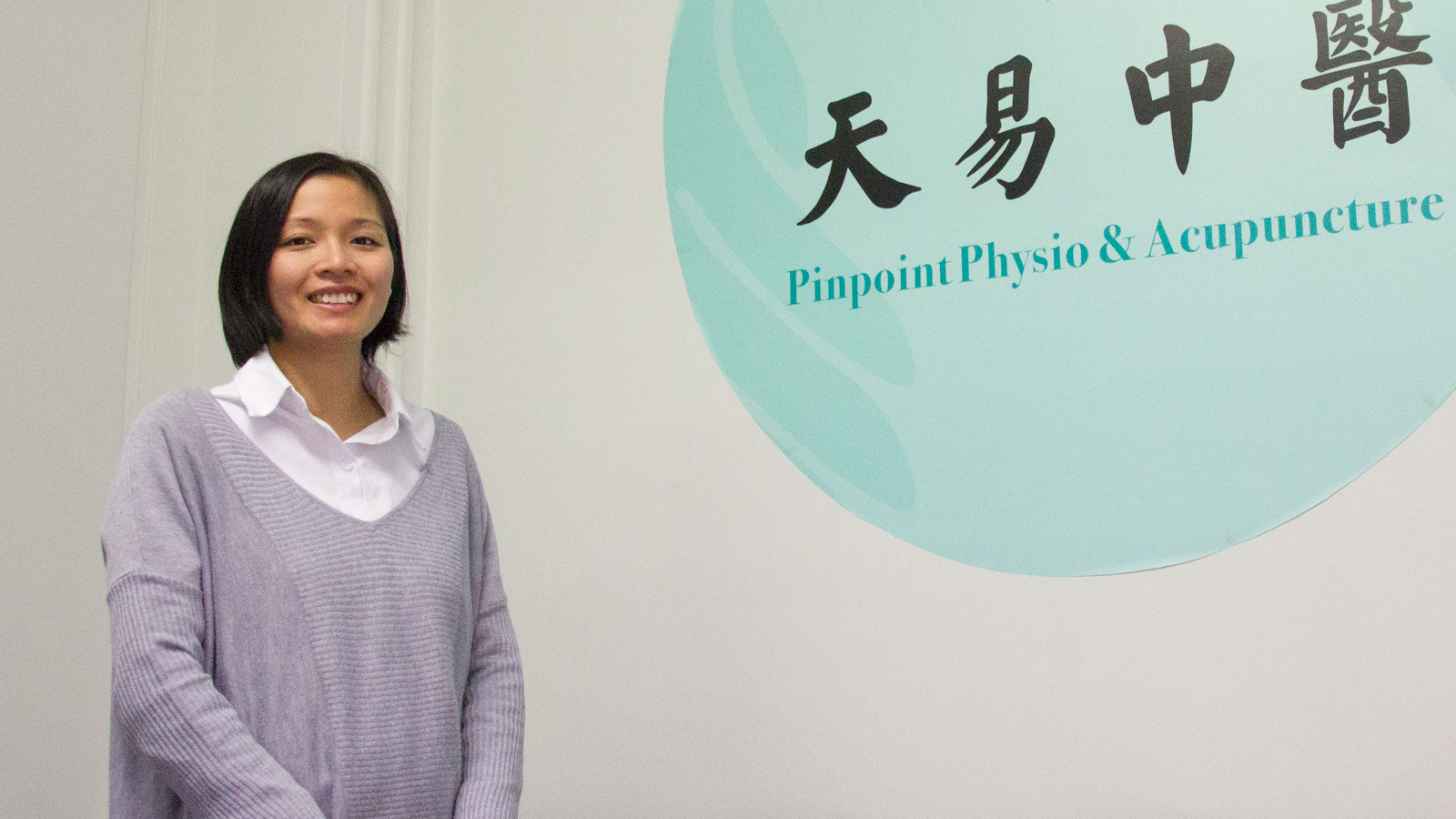 As part of New Zealand Chinese Language week, we talk to first-generation Kiwi and entrepreneur Samantha Loh about setting up business and bridging language divides for friends and family.

When Samantha Loh and business partner Amy Yin set up Pinpoint Physio & Acupuncture in Highland Park a year ago, they worked with Spark’s Mandarin and Cantonese speaking ‘One World’ team to connect their internet and phone.

“It was easy to set up, but later we had some trouble. The internet kept dropping and we had to work with Spark to find the problem. In the end, it was the line so we moved to wireless broadband.”

Loh says that although she speaks fluent English, for business partner Yin, complex issues like this are difficult to resolve if she can’t communicate in her native tongue.

And there are other factors that come into play:

“Culturally they [One World] understand where we’re coming from. When we were choosing our phone number – some numbers aren’t good luck, so they gave us options with certain numbers they knew we’d want to have.”

It’s one of the reasons the Loh family joined Spark (at the time, Telecom) when they moved to New Zealand fifteen years ago.  Most companies could only do business in English, presenting a huge challenge for her non-fluent parents.

At the time, Telecom was just beginning to see a need for multi-language services and before long had formed one of the country’s first dedicated Chinese call centres. Today, a team of 26 Mandarin and Cantonese speaking Spark staff work via phone and WeChat to serve what’s become one of New Zealand’s largest communities.

However, despite demographic changes over the time she’s been here, Loh says her parents still often need her intervention as an English speaker.

“It does affect your decision to go with a company. Not for me personally, but when it involves family I consider what language services are available.”