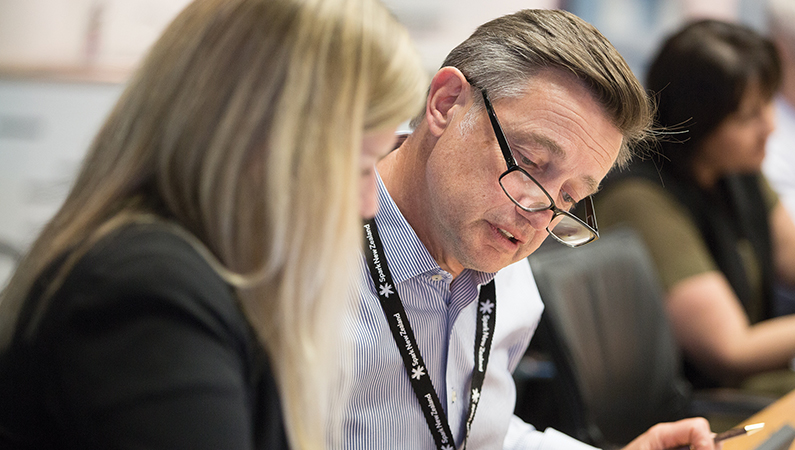 Spark New Zealand has today announced that Mark Verbiest, who has chaired the Board since December 2011, is standing down later this year and will be succeeded by Justine Smyth.

Mr Verbiest said, “With best practice governance succession planning in mind, I have decided I will retire from the Board of Directors of Spark New Zealand at the end of the Annual Meeting of shareholders in November this year.

“More than half of the current Board, including myself, was appointed upon the demerger with Chorus in 2011. At some point, it will be appropriate for each of the long- serving Directors to transition off the Board. As a consequence, I do not believe it would be good governance to risk having several directors potentially retiring in short order, and, as the director with the longest association with Spark I prefer to lead by example. In my view, the foundation for future success is solid, and I feel the time to renew the Chairmanship is now.”

Mr Verbiest was Chairman during a period of significant and positive transformation for the company. Over his tenure Spark refocused itself solely on the New Zealand market and New Zealand customers, it invested billions in data network leadership to get ahead of demand, it invested hundreds of millions to upgrade IT systems, it set-up a Spark Ventures unit to lead the fast-cycle development of new businesses like Lightbox and Qrious, it exited seven businesses and invested in new ones, particularly Cloud IT through Revera and CCL, it partnered with a wide range of companies such as Spotify and Netflix, and it revitalised the appeal of all its brands, including the transformation from Telecom to Spark in 2014. Consequently, Spark has regained or established leading market positions in Cloud, in IT Services, in local subscriber video on demand, in broadband, in wireless broadband, and most notably, in mobile.

Financially, Mr Verbiest’s tenure has seen an 81% growth in market capitalisation, a total shareholder return of 145% and a return to revenue growth after 12 years of decline.

The Board has decided to appoint current director Justine Smyth as the new Chair, effective on 3 November 2017. Ms Smyth has extensive governance experience, including as the Chair of the Audit & Risk Management and Human Resources & Compensation Committees of Spark.

Ms Smyth said, “It will be an honour to serve as the Chair for Spark, a company I believe plays a vital role for New Zealand. I’d also like to take the opportunity to acknowledge the enormous contribution Mark has made to Spark, and through the Company to New Zealand, over many years. He has always skilfully led discussion around the board table and sought to get the best possible outcome.

As a result, he has set an outstanding governance example and helped drive the transformation of Spark as a business and as a driver of New Zealand’s economy.”

Mr Verbiest added, “I have been in a very fortunate position to see the full extent of the transformation that this business has undergone. From the days when Telecom was reborn as a single entity, to the transformation from Telecom to Spark, through to its current incarnation as a highly competitive and innovative digital services company focused only on New Zealand customers, the change has been enormous. Spark is a business that I firmly believe will continue to play a major role in our country’s future in decades to come. It’s been an absolute privilege to serve as the Chairman of Spark, and I look forward to watching its continued success in future as a Spark shareholder and customer.”