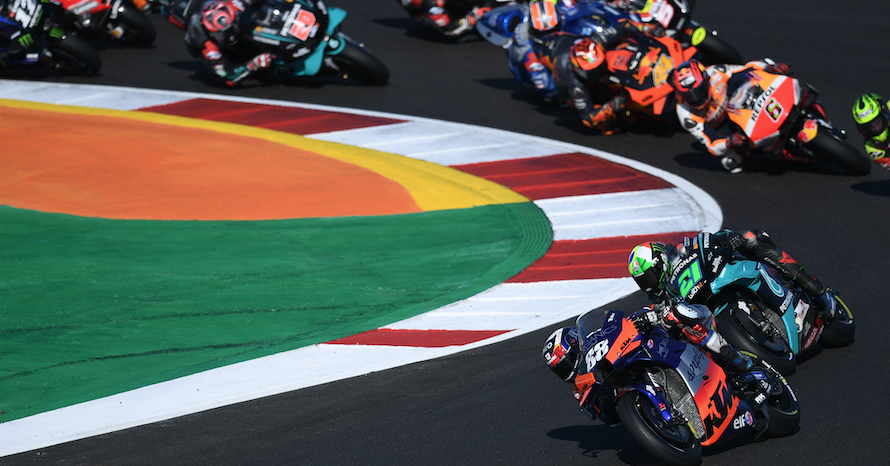 Spark Sport is announced as the new official New Zealand broadcaster of MotoGP™ – the world’s premier motorcycle racing championship. The rights include the 2021 – 2023 seasons of MotoGP™, as well as the Moto2™ and Moto 3™ classes of competition.

The move to Spark Sport comes off the back of the sports streaming service securing and delivering their first New Zealand Grand Prix and Castrol Toyota Racing Series earlier this year, making it a go-to destination for Kiwi motorsport fans.

Spark Sport is also the official broadcaster of Formula 1, Formula 2, Formula 3, the World Rally Championship and the Porsche Carrera Cup.

Head of Spark Sport, Jeff Latch says securing MotoGP™ means there is now something for every motorsport fan on Spark Sport.

“We’re very excited about our new partnership with MotoGP. Our ambition is to stream the world’s best sporting competitions and MotoGP definitely fits into that category, so we are incredibly proud to be in a position to bring NZ viewers live coverage of the championship.”

The MotoGP 2021 season will include a 20-race schedule starting with the Qatar Grand Prix on 28 March and ending with the Comunitat Valenciana Grand Prix on 14 November. The deal will also see Spark Sport stream the Moto2™ and Moto3™ championships, along with on-demand action including full race replays, a magazine show and race highlights.

Manel Arroyo, Managing Director of Dorna Sports, says the upcoming season is going to be one of the best yet.

“We’re very proud to announce Spark Sport as our new broadcaster for MotoGP in New Zealand and begin an exciting new partnership. Their track record gives us great confidence that our coverage in the territory will be better than ever, giving our fans the best experience possible and helping to grow our audience.

“MotoGP fans have a lot to look forward to in 2021, with a new Champion in Joan Mir trying to defend his crown in one of the most competitive eras the sport has ever seen, and fans are also hoping to see the return of eight-time World Champion Marc Marquez from injury – adding another new element of anticipation to the incredible, unpredictable racing we’ve been enjoying in the last few years. The stage is set for it to be another season of stunning action, and I’m very happy that fans in New Zealand will be able to enjoy such quality racing on Spark Sport.”

Spark Sport coverage will start from 27 March with the Qatar Grand Prix practice races. For more information on the MotoGP season head to www.sparksport.co.nz.