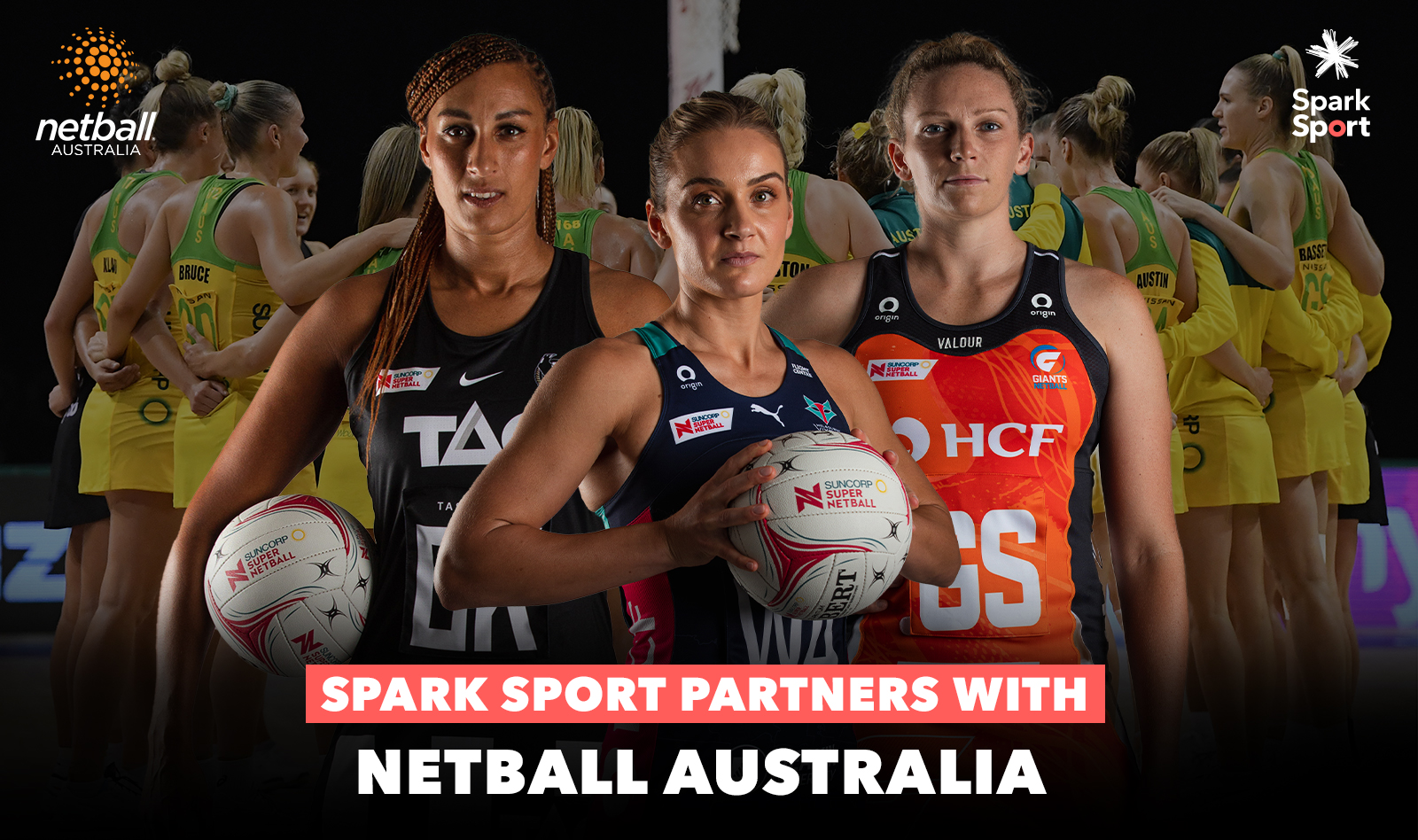 From this weekend, Spark Sport will have the rights to two of the top domestic female sporting competitions around the globe with Women’s National Basketball Association (WNBA) already on the platform, and now live and on-demand coverage of the Australian Suncorp Super Netball competition added to the mix.

The 14-round, eight team competition kicks off on 26 March headlined by a grand final rematch between the reigning premiers NSW Swifts and GIANTS Netball, showcasing some of the world’s best netball talent.

The four-week finals series will begin on Saturday 18 June, before the Grand Final clash on Saturday 2 July. Kiwis will also be able to watch Australian based international fixtures featuring the Diamonds (excluding Silver Ferns matches) on Spark Sport as the platform brings some of the best of Aotearoa’s most popular female sport to screens around the country.

Head of Spark Sport Jeff Latch says: “We’re rapt to be partnering with Netball Australia to broadcast one of the top domestic women’s sporting competitions and international fixtures played across the ditch. We know Aotearoa’s enthusiastic netball fanbase will be looking forward to streaming Australian Diamonds matches live and on-demand.

“At Spark Sport we are focussed on showcasing more women’s sport on our platform expanding on our rights across international cricket, basketball, rugby union and league. With the addition of  Netball Australia, our offering of women’s sport is stronger than ever.

“We know the demand to watch women’s sport is growing. As an example, through our partnership with New Zealand Cricket, we saw viewership of the Women’s Super Smash final increase by 21% from last year and we hope to see this trend continue for women’s sport more broadly.”

“Our competition is now accessible right across the globe – with fans able to watch the world’s number one domestic netball league from any location at any time.

“Australia and New Zealand have a longstanding netball rivalry, and we hope Kiwi viewers will enjoy watching Suncorp Super Netball through the Spark Sport platform in 2022.”