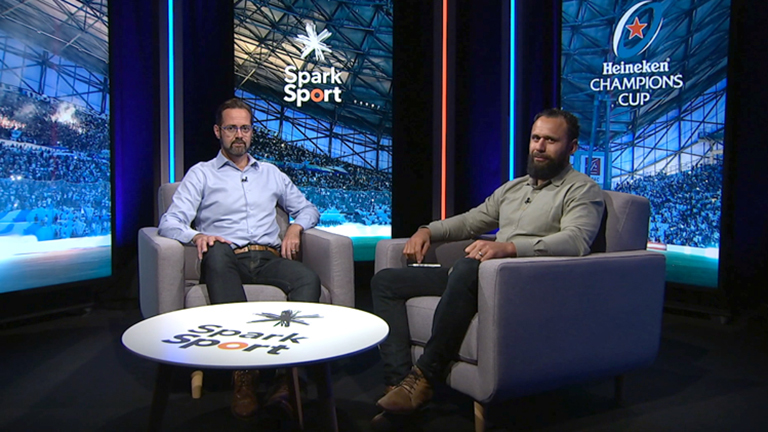 Spark Sport rugby fans get access to the very best of European rugby with the launch of Champions Cup Revue, a new rugby analysis show covering the northern hemisphere’s Champions Cup that is streamed live and on-demand through Spark Sport.

The new show, hosted by Spark Sport commentator Scotty Stevenson and four-time Champions Cup winner, Isa Nacewa, pulls together the best action from every round as well as exclusive insights from some of the biggest names in the sport.

“The team is excited to be giving Kiwi fans of the global game a chance to get closer than ever to all the action. The Heineken Champions Cup is a tournament that brings together the very best of the Northern Hemisphere’s historic rivalries and has become the ultimate showcase for the game’s international superstars.”

“We know New Zealanders are hungry for more international flavour after the Rugby World Cup and having this competition at their fingertips with expert analysis befitting such a prestigious tournament is great value for our Spark Sport offering.”

Stevenson first covered the Champions Cup more than a decade ago and says he is thrilled to be back showcasing such a remarkable and competitive tournament.

“I have always admired the passion and prestige of the Champions Cup and it’s a joy to work alongside Isa whose record in this tournament is legendary.

Champions Cup Revue will be available to Spark Sport every Monday throughout tournament play and also be accessible through the Spark Sport YouTube channel at a later date free-to-view. Viewers can look forward to the likes of ex-All Black and now Toulouse back-rower Jerome Kaino to guest appear on the upcoming episodes.