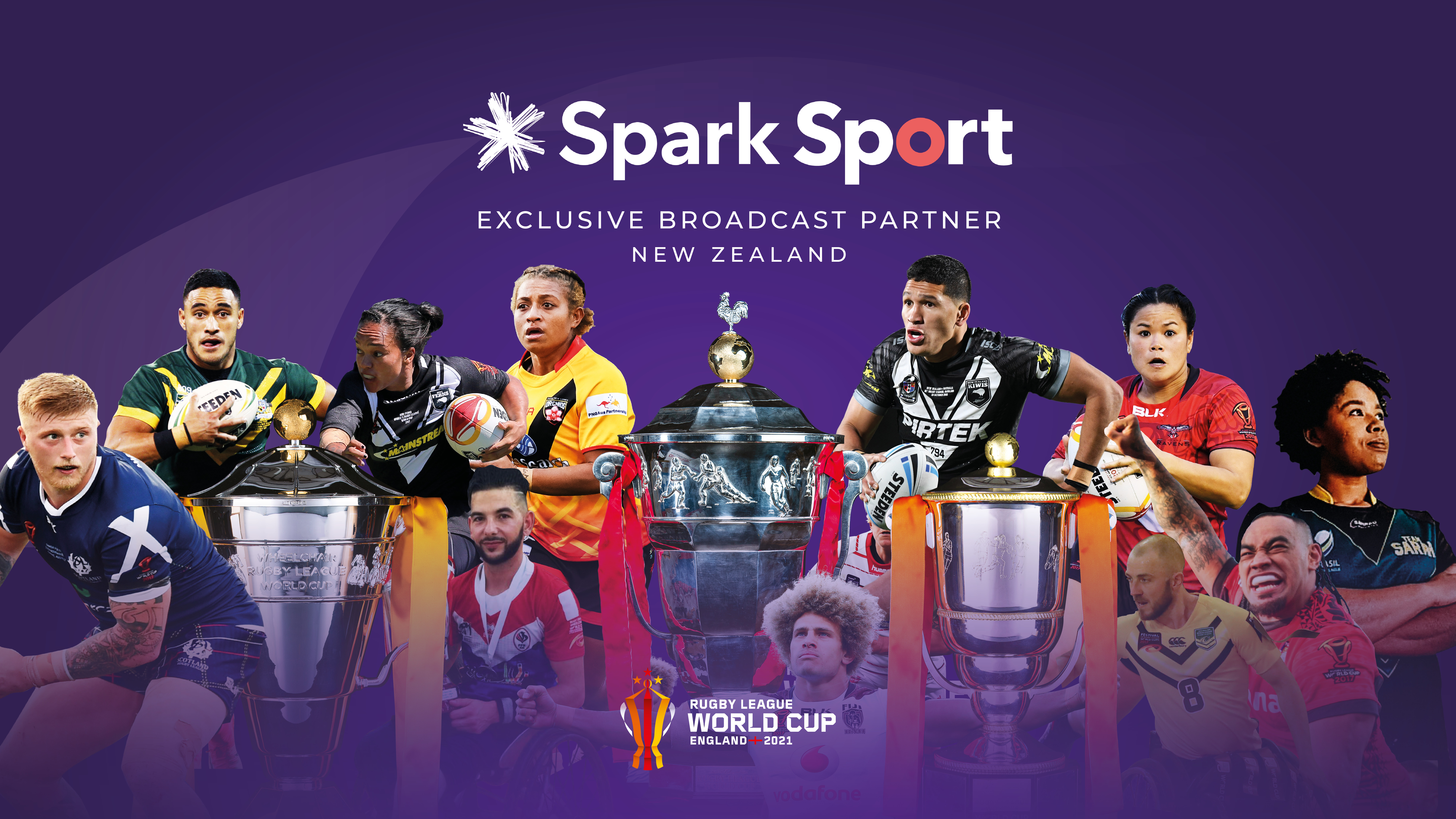 RLWC2021 will be Spark Sport’s first foray into Rugby League with the trailblazing event on a platform which already boasts New Zealand men’s and women’s cricket, F1, Premier League football, the NBA and NFL.

After a competitive tender process, Spark Sport offered a proposition that presented a dynamic approach for bringing RLWC2021 to the significant fan base in New Zealand this autumn as well as aligning with RLWC2021’s vison of delivering the biggest and best Rugby League World Cup ever.

Jonathan Neill, RLWC2021 Commercial Director, said: “Our ambition is for RLWC2021 to open up new opportunities for the sport and Spark Sport has shown their commitment by confirming they will show all 61 matches across the Men’s, Women’s and Wheelchair tournaments.

“Our partnership with Spark Sport provides a significant focus for growing both the women’s and wheelchair games as well as showcasing the excitement and appeal of international Rugby League. Spark Sport will provide dynamic and flexible viewing options, with a deep level of content and engagement to support the continued growth of the sport.

“We’re looking forward to engaging with fans in New Zealand, exciting all existing and new Rugby League viewers, and inspiring a new generation to create a legacy via RLWC2021.”

The prospect of Spark Sport making their Rugby League debut understandably fires the enthusiasm of Head of Sport, Jeff Latch, who said: “Rugby League World Cup 2021 marks a pinnacle event for the Rugby League world, and we are enormously proud to have secured the rights to bring the tournament to league fans from a range of diverse communities across Aotearoa.

“There’s a great opportunity for the Kiwi Ferns to showcase the skill and talent in the women’s game with all eyes on them as one of the favourites. The Kiwi men on the other hand are looking for redemption as anticipation builds around who will make the squad with the growing Kiwi talent pool coming through the NRL.

“There’s a huge New Zealand fan base supporting our Kiwi teams, and our neighbouring Pacific teams with Tonga, Samoa, Fiji and the Cook Islands bringing competitive squads and plenty of passion and flair to the tournament. I think back to the last Rugby League World Cup and the energy these teams and their fans brought to the sold-out venues. They really were the heart of the tournament and I love that this year we’ll get to bring them all the action from England.”