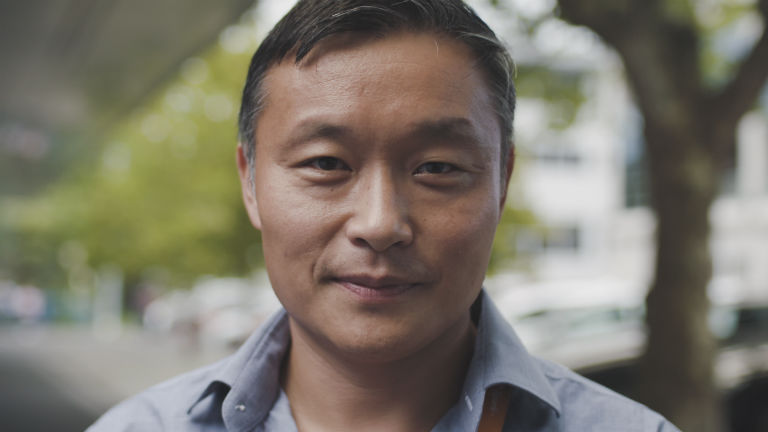 Originally from Shanghai in China, Ling moved to New Zealand with his mother when he was a teenager in search for a better life.

It wouldn't be a shock to anyone to know that parents want the absolute best for their children, to provide a safe environment for them to thrive and grow – and so with continuous upheaval, persecutions and uncertainty in China, Ling's mother made the decision to move to Sydney when he was a young lad as she received a scholarship to study a PhD at Sydney University.

As a youngster, Ling had no idea what was in store for him. His first ever plane ride landed him somewhere where he knew absolutely nothing; he didn't speak a word of English, commenced at a school where he didn't know how the education system worked, and after the bell rang at 3.00pm at the end of his first school day, all the students hopped on buses to head home. Ling was left standing there thinking, "What do I do now?"

These first set of major changes were cultural; Ling needed to learn the language so he could join in on conversations and make some friends. After he and his mother had settled well into Sydney, they made the move to New Zealand in 1989 for safety and security; Ling's mother had a job in Sydney which she loved but wasn't on a resident visa, and so residing in New Zealand would give her the chance to become a citizen, which in turn would have certainty for both her and Ling. "My mother shielded me from much of the pressure of moving to a new place and starting with very little, which as a single mother moving to a country where she knew no one would've been incredibly tough, and so I will always be very appreciative of what she has done to give me a better life. I know she made huge sacrifices."

With their entire lives packed into two suitcases, even though now a teenager, Ling had to grow up very fast. Arriving into Aotearoa on a Saturday, he had to find somewhere for the two of them to live, sign the lease and enrol himself into a school, including meeting the principal – all by the following Monday. "It's just what you had to do," he explains. It was a very different time then, too. Ling recalls the shops not being open on Sunday's, for example. "It didn't take much for me to learn that everything around me was temporary, that it is possible to start from scratch if you need to, which made it a whole lot easier for me to not get confronted with the idea of beginning with nothing all over again."

Luckily knowing one person living in Auckland, a friend he played tennis with in Sydney, he looked him up in the telephone book and the third person he called with the same last name was his grandmother. This friend was a big help in sorting out everything he needed for school and inviting him into his group of friends, making it easy for Ling to fit in. "I immersed myself in the place and I was lucky enough to make good friends who looked beyond my last name or my accent. When I was younger I tried too hard to fit in, and it's only when I grew older that I started to value different cultures and languages – which I think help us to see the world in a fuller picture."

"It's the people around you that make the difference. I remember I had a different level of responsibility when moving to New Zealand and accepted that I had to do things that no other 15-year-old would normally be expected to do, but that was just the reality and it became normal. For me, home is where your family and friends are, so I was pretty comfortable with New Zealand. I honestly couldn't imagine living anywhere else now."

And Ling has truly embraced the Kiwi culture! His wife, Abby was born and bred in Taranaki and he believes their three children get the best of both worlds. Their holidays are spent either on the coast of Taranaki or amongst the 20 million people in Shanghai. "I want my kids to realise how privileged we are. If they learnt that someone like me, someone who is so familiar to them went without a whole bunch of things, they will learn how lucky they are and to not take things for granted."

Ling's advice for people thinking about moving overseas: "Just do it. If I could do it over, I'd do it sooner, or I'd take the road even less travelled. There are no bad choices, so take the less certain choice. The world is a big place, so be adventurous as it's the experiences and relationships that truly matter."